Visitors to Berlin Germany can enjoy a city tour from the comfort of a hop-on hop-off bus (hoho bus).  An audio commentary is provided in multiple languages.

Tickets can be purchased online or at any hoho bus stop in Berlin.  They are valid for either 24-hours or 48-hours.  It is often a better value to purchase a two day ticket.

Patrons are allowed to embark and disembark as much as they like during the period of ticket validity. 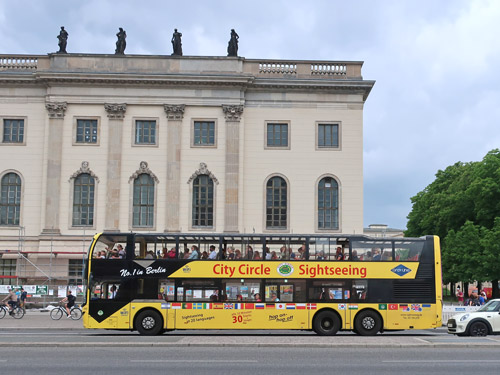 There are at least five companies that offer Hop-on Hop-off Bus service in Berlin.  They are: